Chapter 2 – Background Picture: description of the country; history of the period under the Rajah Brookes; description of a longhouse; the native peoples; explanation of headhunting; the welcome received when travelling up river; how to control a longboat.

Chapter 3 – Further details of life under the Rajahs.

Chapter 4 – The period of Japanese occupation and the immediate post-war administration.

Chapter 5 – Selection for colonial service; travel to Sarawak; first experiences as a junior officer in Kuching; an explanation of the anti-cession movement.

Chapter 8 – Kapit 1948 – 1950: first tour as a district officer; observations in difference between Ibans, Kayans and Kenyahs; description of Kapit including the government office and staff; Malcolm Macdonald (Commissioner General for South East Asia); 1949 article on batangs (tree trunks used as paths) and tanggas (tree trunks used as ladders); description of the district officer’s office; detailed description of an upriver trip to Long Kajang; the murder of the Governor (Mr Duncan Stewart) and the decline of the anti-cession movement; observations on food and diet; and then on jungle, leeches and footwear; a description of a trip to Belaga; anthropologists and the longhouse; on being tattooed; the palang (a fixing to the penis);

Chapter 12 – The Law as Carried out in Sarawak: observations on the law including dealing with disputes.

Chapter 13 – Baram 1955 – 1957: experiences of the rivers and the town of Murudi; assisting the lepers; visiting the Kelabits; a trip to Seridan; the nomadic Penans; Baram Regatta.

Chapter 14 – Sibu 1958 – 1960: married life in Sibu with first child; visit by the HRH The Duke of Edinburgh; introduction of local government.

Chapter 17 – Sarawak Developments: observations on changes in education (including the contribution of J.K.Wilson); the Brunei Rebellion; “Confrontation”;  women’s institutes; local government and political parties; the route from colonialism to becoming part of Malaysia.

Chapter 18 – Fifth Division 1963 – 1964: description of the area and the town of Limbang; Kedayans and the Rebellion; visit to Lawas.

Chapter 21 – On Leave Prior to Retirement.

Appendix B – Transcript of talk given in 1964 on roles and responsibilities of a district officer. 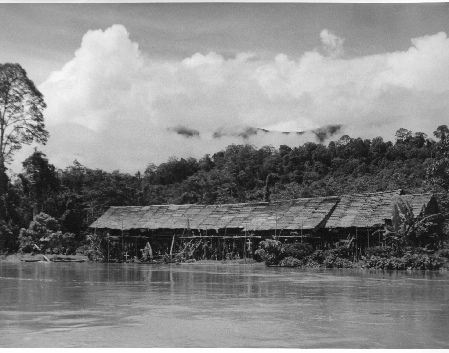